Today we will take information about the Maratha Empire of Gujarat. Gujarat, located on the west coast of India, is counted among the most prosperous states of the country. Gujarat is the world’s second most industrial and tourist destination after Maharashtra. 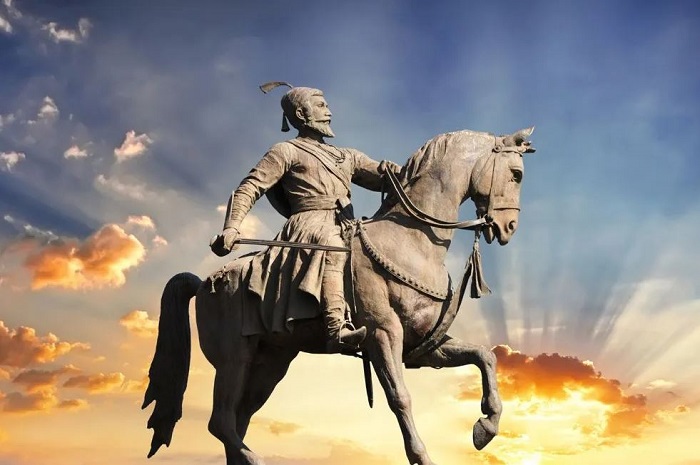 Not only this, eight out of ten diamonds in the world are polished in Surat city of Gujarat. The state of Gujarat has been a hotbed of traders since the very beginning. That is why the Mughals, the British, the Portuguese spread their hands and feet for trade here.

But e. S. From 1297 to AD S. The state of Gujarat was ruled by Muslim rulers for almost 400 years till 1710. On the day of 19 February 1630, the storm of an independent state named Chhatrapati Shivaji Maharaj was born. Who later became a great and popular ruler of India.

Shivaji Maharaj was a Hindu king who fought with an empire many times more powerful than himself. Who successfully established an independent state by overthrowing the Mughal Empire and laid the foundation of the Maratha Empire. Later, his son Dharamveer Sambhaji Maharaj got it.

Chhatrapati Sambhaji Raje was an intelligent, mighty and brilliant king. Who defeated many Sultanates like Mughal, Portuguese, Siddi, Adilshah in the war. His whole life was very difficult. He was the only warrior on the soil of India, who fought more than 120 battles in his life. His special thing was that he did not lose any of those battles.

But to protect the motherland, he sacrificed his life. After the death of Chhatrapati Sambhaji Maharaj, the Maratha army was led by his younger brother Chhatrapati Rajaram Maharaj and his wife Maharani Tarabai. He also continued his struggle with the Mughals.

The point to be noted here is that, during the reign of Chhatrapati Shahu Maharaj I, the Marathas destroyed the Mughals and spread the holy saffron of the Maratha Empire to almost the whole of India.

Now even the emperor of Delhi was in the shelter of the Marathas. The Satara district of Maharashtra had become the center of the whole of India.

On the orders of the Hindu emperor of India, Shri Chhatrapati Shahu Maharaj, the Marathas were rapidly expanding their Maratha empire in the eighteenth century, one of them was the name of Senapati, won against Maharashtra.

On his orders from Maharaj I, in the eighth century, the Marathas were rapidly expanding their Maratha empire. One of them was the name of the Sarsenapati of the state, Khanderao Dabhade. Who fought many battles against the Mughals in Maharashtra.

Seeing his valor and bravery, Chhatrapati Shahu Maharaj I sent Khanderao Dabhade on a campaign for the state of Gujarat. Successfully conquered the state of Gujarat by overthrowing the Mughal Empire of Delhi from Gujarat. Thus he played the dunk of the Maratha Empire for the first time in Gujarat.

In violation of the orders of Chhatrapati Shahu Maharaj, Bajirao Peshwa killed his soldiers by deceitfully shooting their hands in the quest to get the state of Gujarat. After which two brothers of Trimbakrao Dabhade became thirsty for the blood of Bajirao Peshwa.

They set out to avenge the murder of their brother. Bajirao Peshwa understood that the murder of Trimbakrao Dabhade in the greed of getting a share of Gujarat state was his big mistake.

After this incident, Chhatrapati Shahu Maharaj appointed Trimbak Rao Dabhade’s mother Uma Bhai Dabhade as the first woman Sarsenapati of Swarajya. After Sarsenapati Umabai Dabhade, the dominance of the Dabhade family gradually declined and the singer dynasty emerged in Gujarat.

Pilajirao Gaikwad was a very intelligent and mighty warrior. Under his leadership the Marathas successfully conquered Baroda, Surat. I. S. The singer dynasty was established in the state of Gujarat in 1721. After which he gradually established his supremacy.

The Gaekwad dynasty arose in the Baroda province of Gujarat. After Rajya Rao Gaekwad, Maharaja Sayajirao Gaekwad III of the Gaekwad dynasty became the greatest and most popular ruler of modern India. Who was the seventh richest Hindu king in the world and in India at that time. He transformed the princely state of Baroda during his reign.

Role of Printing Press in India during British Rule

The Bombay Plague That Devastated Mumbai