Bikinis have high-cut legs and sit low on the hip. They provide light to medium back coverage. Some provide a bit more covering while others display the top of the buttocks and lots of cheek. Additionally, string bikinis with elastic or thin fabric on the sides are common. The most popular kind of underwear is a bikini; however, they are not ideal for various body types. Bikinis often don’t provide adequate covering or support and tend to create lines and bumps where you definitely don’t want them unless your body is firm and free of problem places. 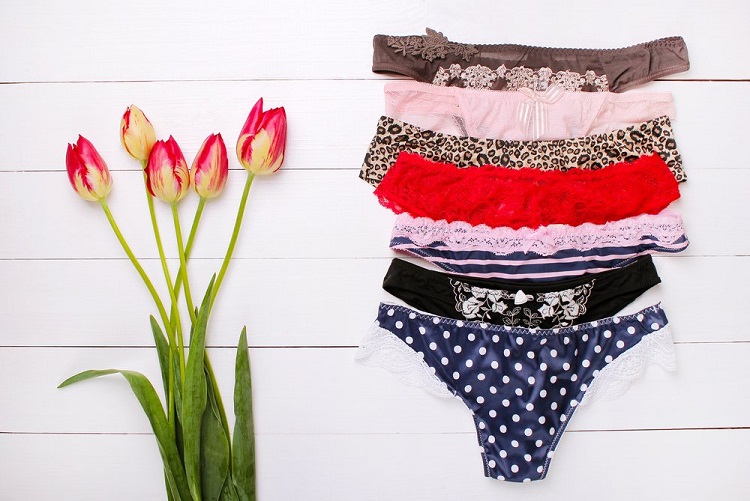 They are designed for complete covering. They have a full back, low leg openings, and come up high on the belly. These are what we used to refer to as “Granny panties,” but they’ve just undergone a kind of vintage renaissance revival.

A variation of the traditional short with a significantly higher leg opening with the same high waist and full back.

A different style of the traditional short that has a lower rise and the same low leg openings and full back as the standard style.

Boyshorts have a similar appearance to the low-rise shorts used by volleyball players. They often feature low to mid-rise, complete covering in the back, and very low leg openings.

Thongs are the last but not least. These range in height from low to high, provide variable degrees of side covering, and offer no back coverage. Really, I don’t need to explain what a thong is like. They’re known to you.

If a woman has a problem with her underwear, it’s typically because the style or fit doesn’t work with her body type.

Underwear creeping up your rear is the first problem. This often happens as a consequence of insufficient back covering. You could require a style with additional covering, such as a hipster instead of a bikini, or you might be wearing the perfect type in the incorrect size.

The second problem is rolling or falling-down underwear. It’s too little if it rolls, whether it’s your underwear rolling down or a Cami or shapewear rolling up. Your underwear is either too large for you or the wrong style if it’s falling down. Choose a style with a higher rise and wider elastic at the top, or size down.

The last major problem is muffin top. It’s probably not a size problem if your underwear is comfortable, not creeping, and not pinching anyplace else. Here, the underwear is striking a soft place and spilling because of it. Move forward or downward.

Funny womens underwear is often created with amusing sayings or pictures printed on it and may make a wonderful present or be a fun way to spice up your everyday routine. Briefs or boxer briefs featuring humorous slogans or designs, or odd forms or materials, including underwear fashioned to resemble food or animals, are a few examples of humorous underwear for women. It’s crucial to remember that what is hilarious or humorous depends on one’s own sense of humor, which varies widely from person to person. Selecting comfortable, well-fitting underwear is ultimately the most crucial step.

Tips and Advice for Father and Baby Matching Outfits

How to Choose the Right Briefs for your Underwear