Opal is one of the most elegant and precious gemstones. It is one of the six types of gemstones found on the planet earth and shares its prestigious company with diamonds, rubies, sapphires, emeralds, and pearls. The origin of name opal is derived from the Greece word “Opallios” in 100 BC. Opal is a type of gemstone which is having a higher value for its distinctive patterns and hues. It is also known for its ability to change color in different lighting, which makes this stone more popular in the world of jewelry. 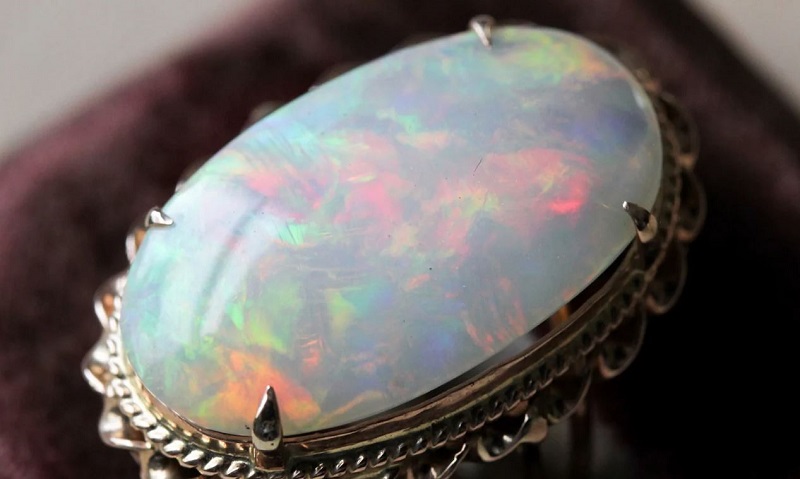 History of Opal Around the World:

Opal history begins with the Slovakian opal mines in 400 BC with the name “opalbanya” means opal mines located in the Dubnik district in the Carpathian Mountains. This is considered the historical source of the occurrence of opal from early times including the opal known to the Romans. Late in the 15th century, mining records began in these mines and several techniques appeared for production. In the year 1877, there were only 150 miners are available in this district, so these mines were officially closed in 1922.

Opal was discovered in Mexico by the Aztecs in 850 AD at Queretaro. They used this stone in their burial ceremonies and many specimens can also be seen nowadays in the collection of the national museum of Mexico. During the early 16th century, Mexican-type opals were available for sale in the European markets. In 1855, the Queretaro district became an important producer of opal in Mexico by the plantation workers on the Hacienda Esperanza.

The beginning of opal occurrences in the USA is in 1893 at Opal Butte in Oregon. In the year 1987-88, there are about 400 kilograms of precious opal were found in commercial mining in Opal Butte. In 1900, opal was also found at panther creek in Lemhi County Idaho. Also, in 1948 the spencer opal mine in Idaho was accidentally discovered by deer hunters and later it is named the lost deer hunters mine. In 1989, a blue-colored precious opal was discovered in the state of Arizona, and a sandstone matrix opal was discovered in Louisiana State.

Opal is very difficult to create artificially because of its complex grouping structure. Also, there are synthetic opals available, but they will never reach the equality of the natural opal. This is why this gemstone is considered a highly valued stone.

What do you know about Sulfur

Is Corundum Used as a Precious Gem

What is the Significance of The Tree of Life

What do you Mean by Esotericism