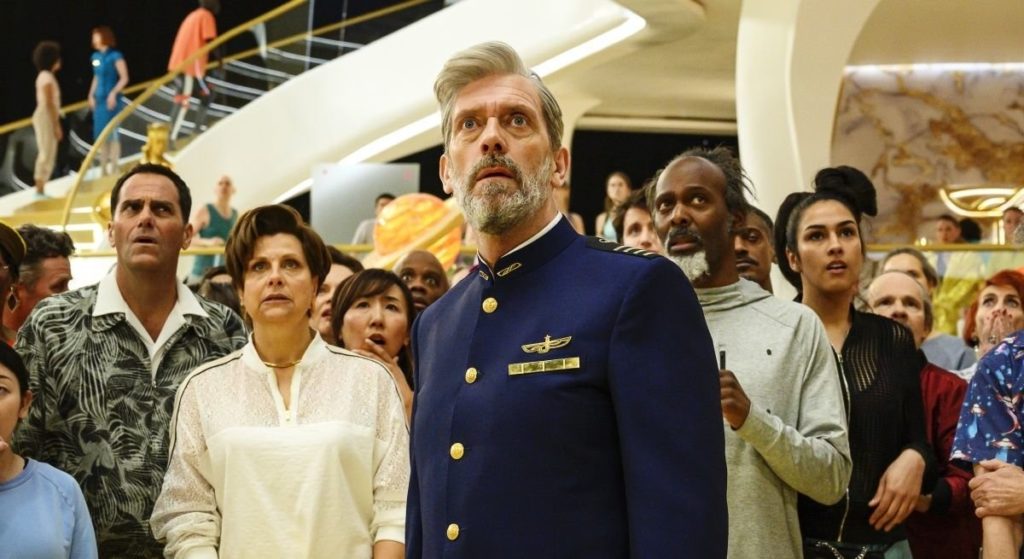 Avenue 5 is the latest series on HBO. It is a new sci-fi/comedy series which stars Hugh Laurie as the captain of a space cruise ship. The second trailer for the series has arrived and it promises madness and mayhem aboard a luxury spaceliner, called (as the series name suggests) the Avenue 5.

The series begins as Avenue 5’s is en route on its eight-week flight around Saturn. Everything looks “OK-to-go,” but when the ship unexpectedly develops technical difficulties, it’s up to Capt. Clark (Laurie) and his crew to calm the upset passengers and find a way to deal with the unfortunate events unfolding on board.

The series showed a premiere of the comedy series at Avalon Hollywood on January 14, 2020, in Los Angeles, California with Hugh Laurie in attendance.