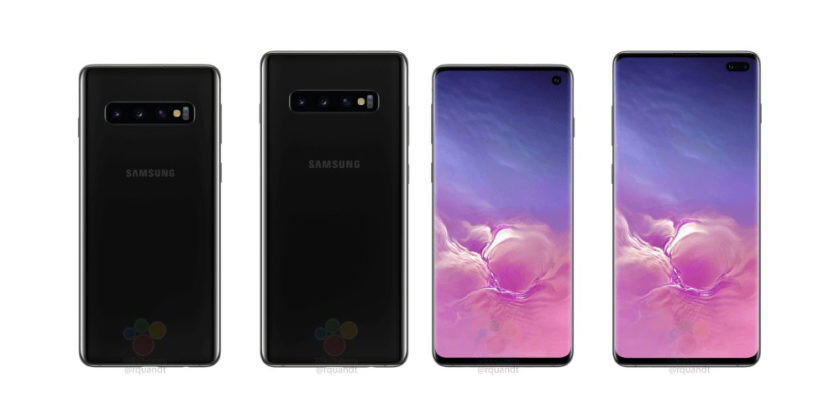 This latest report claims that the smaller Galaxy S10 will have a 6.1-inch display, a bit larger than the 5.8-inch panel from the Galaxy S9. Meanwhile, the Galaxy S10+ offers a 6.4-inch display. That’s a negligible difference in overall size, and it’s reflected in the size when the two are compared side-by-side.

Both devices also offer three cameras on the rear. They’re arranged in a horizontal row with an LED flash along the right side. Notably, there’s no rear fingerprint sensor, leaving the phone solely with the ultrasonic fingerprint sensor in the display.