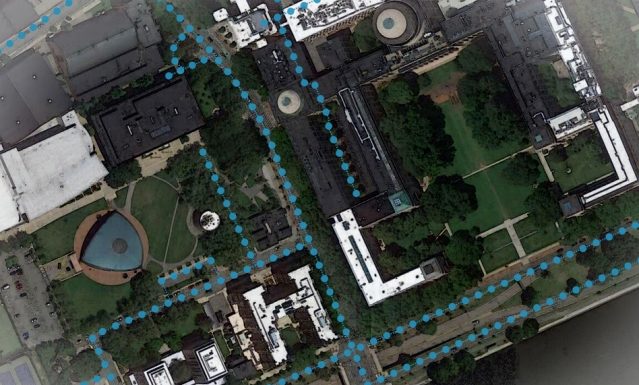 GPS navigation is always almost useless in remote areas. The map usually doesn’t have enough information on the surrounding areas and features because it has to be manually collected as Google does. A new system has been developed by MIT in collaboration with Qatar Computing Research Institute (QCRI), the facility has designed a system that uses a combination of neural network architectures to automatically predict the types of roads and the number of lanes behind obstructions.

The system called RoadTagger uses satellite imagery to tag road features in digital maps which could help improve GPS navigation. This is not particularly easy as features in satellite images may be covered by trees or buildings.

The development of this project comes in the interest of resolving navigation issues Qatar is facing ahead of the 2022 FIFA World Cup, the reason why QCRI was particularly invested in the research.

Qatar like other developing countries are not a high priority for companies building digital maps because of the heightened costs to carry out such ventures in these areas, and yet it’s constantly building new roads and improving old ones ahead of next year’s soccer event.

“While visiting Qatar, we’ve had experiences where our Uber driver can’t figure out how to get where he’s going because the map is so off,” Madden said. “If navigation apps don’t have the right information, for things such as lane merging, this could be frustrating or worse.” Sam Madden, the paper’s co-author says

To train and test RoadTagger, the researchers used a real-world map dataset, called OpenStreetMap, which lets users edit and curate digital maps around the globe. From that dataset, they collected confirmed road attributes from 688 square kilometers of maps of 20 U.S. cities — including Boston, Chicago, Washington, and Seattle. Then, they gathered the corresponding satellite images from a Google Maps dataset. In training, RoadTagger learns weights — which assign varying degrees of importance to features and node connections

The researchers plan to develop RoadTagger to predict other features, too, such as parking spots and bike lanes and hope that one day it can be used to help humans quickly validate continuous modifications to roads.

“Our goal is to automate the process of generating high-quality digital maps, so they can be available in any country,” said Madden, meaning that panicked last-minute lane merges could soon be a thing of the past.