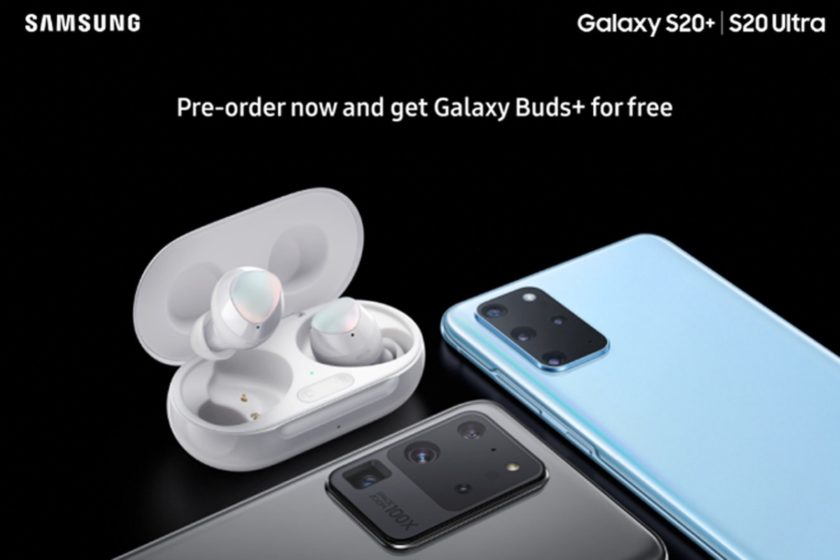 The frequency of leaks of an upcoming smartphone is alarming, so alarming that some believe these leaks are deliberate ad campaign strategies from these companies. By the time phones are launched, we know nearly all there is to know about the phone.

This week’s latest leak of the upcoming Samsung Galaxy flagship due to be launched on February 11, 2020, is official-looking photos of the phone and new Galaxy buds+.

The leak is courtesy of Well-known leaker Evan Blass who shared a series of apparent official images for the Galaxy S20 family, including one for a promo that offers a free set of Galaxy Buds+ for people who pre-order the S20+ or S20 Ultra.

The images don’t reveal everything about he much-anticipated flagship but it’s pretty close. The shots appear to confirm much of what you’ve seen in live photos and other rumors, including ridiculous camera arrays that include a 100X “space zoom” on the S20 Ultra.

Apart from the cameras (including a 108-megapixel shooter on the Ultra), the Galaxy S20 range is expected to be a more evolutionary upgrade with speedier Snapdragon 865 processors in some countries, up to 16GB of RAM and 120Hz displays.

The Galaxy Buds+, meanwhile, would have much-improved battery life and call quality without changing the core formula of the true wireless earpieces. That’s important when the S20 family is expected to ditch the headphone jack — even if there’s a headphone adapter in the box, Bluetooth audio will be that much more important.

The launch has been slated for February 11th, 2020. It follows Samsung ‘s previous launch times of its older phones. The S-series flagships usually launch in February or March.

A promotional video was accidentally uploaded early to a Samsung press video channel and was discovered by Max Weinbach (of XDA Developers) and @water8192 on Twitter. At the end, the video states Samsung Unpacked will occur on February 11th, and the event will be live-streamed as always.

In earlier leaks, a photo cutesy of XDA developers suggests that Samsung is jumping ahead to the S20. Rumors had been swirling about the branding change in recent weeks, which XDA Developers published the first real-world shots of the Galaxy S20 Plus.