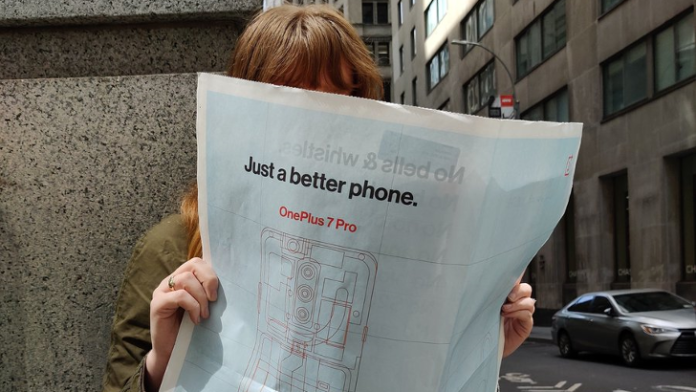 OnePlus has announced its launch event for the OnePlus 7 Pro which is to hold on the 14 of May. As its tradition, OnePlus is lightly giving leaks of the upcoming smartphone on its Twitter page. But the company may have put forth its largest advertising commitment yet in telling the world that the OnePlus 7 Pro will not have a notch in its display.

@david_nyc on Twitter posted what would turn out to be the inside spread for OnePlus’s ad in The New York Times. But instead of teasing the features that the OnePlus 7 Pro will have, the company is talking instead about what it won’t have. For mobile display aficionados, the good news is that the phone won’t have a notch or bezel.

The seemingly random promise of “No random music” could be an old jab at Apple, which loaded free copies of U2’s album “Songs of Innocence” to every iTunes customer while launching the iPhone 6 back in September of 2014.